There's a ton of talk about college students experimenting with hookah and the associated health risks and the misconception that they are reduced or non-existent.  First off, there is a substantial difference between cigarettes and hookah not the least of which is approximately .058% the nicotine concentration of shisha to cigarettes, .031% chemical constituents in hookah smoke to that of cigarettes (147 vs 4700+), non-existent side stream smoke from hookahs (generally accepted as the main contributor to environment tobacco smoke and what kills in 'second hand smoke'), absence of Polycyclic Aromatic Hydrocarbons and so much more.

'Studies' often focus on only the negative effects of hookah and draw comparisons to cigarettes without acknowledging the fundamental differences between the two.  Often times the authors of these studies have a clear bias which can been seen in their interpretation of results (which journalists rarely know how to critically review) and in their faulty experimental design (of which several critical analysis have found in nearly every report released since 2002). Yes, smoking hookah is bad for you, just not anything like smoking cigarettes.  I'll move on but if you want know where I got these FACTS you can explore our "Science of Shisha" category on this blog - more topics are already in the works.

Reports like this always raise 1 question with me: how did this study account for the behavioral bias created with a study of this type?  Social psychologists, as well as tobacco scientists/researchers, know (or at least should know) that awareness of observation often introduces serious bias from participants – in this case the participants knew the researchers were studying their hookah smoking initiation and habits and this awareness would have had a direct impact on the results. 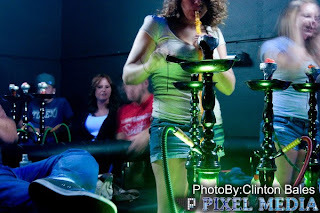 I took the time to find and read this report (after seeing it pop up on a number of news sites) and was shocked.  The researchers made no mention of the fact that their study was (as many of this type are) fundamentally flawed.  They used volunteers (some of which were paid) and questionnaires.  The surveys used deliberately and specifically targeted questions related to hookah use – most notably when or if they first smoked hookah.  The researchers, in effect, introduced the notion of smoking hookah to EVERY SINGLE participant in the study.  Even those that had no prior knowledge of hookah now new of its existence and, presumably, that it was a growing trend within their peer groups – one worthy of scientific attention.  At one point the authors states “therefore, the reported prevalence may be an underestimate of the actual prevalence” because they considered the absence of a response to a hookah question or a missing questionnaire as a ‘negative’ response.  The FACT is the study more than likely created false positives and the actual prevalence would have been lower than the reported prevalence if the participants were being observed without their knowledge (unrealistic I know, but honest).

What really bothers me about this report is the presumptive notion that “tobacco in a water pipe is still tobacco, and it can still sicken and kill.” So can eating fast food, drinking soda, using household cleaners, touching any surface in a public area, reusing a water bottle at the gym, and nearly everything else that exists in our natural and man made world – but instead of bastardizing these (as researches and press do to hookah) we educate people on the potential risks so they can make informed decisions.   Again, I agree that smoking hookah has negative side effects, but we should be honest and neutral in our assessments and let people make their own decision about smoking hookah based on all the available information.  Comment below and join the conversation.

--Thanks to American Hookah, Inc. for sharing this information with us.  Originally posted at http://americanhookah.com/blog/initiation-of-hookah-in-college-students/.

Hookah in the News